Run through the money

Catch me if you can

Run through the money

Catch me if you can 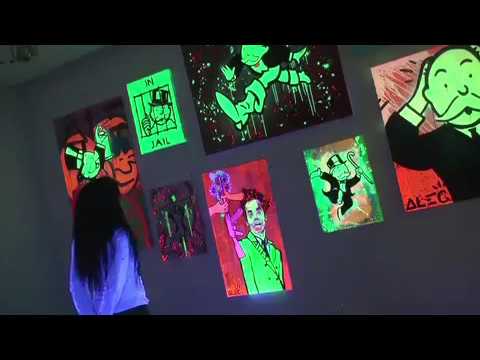 In 2012, Alec Monopoly joined forces with The W Hotel, Madonna and Vitamin Water, doing live street art inspired renditions of a classic series of photographs Richard Corman took of Madonna back in the 1980’s. The international collaboration has appeared around the world from Singapore to Bali to New York and Paris. Alec also painted a large mural in from of EMM Group’s new venue on 199 Bowery in New York City and hosted high profile events during Art Basel in Miami.

Most recently, Alec has engaged in a series of high profile collaborations with superstar electronic artist AVICII titled “Avicii x Alec Monopoly” that have taken place at Sundance, The Grammy’s, Las Vegas MAGIC Conference and Ultra Music Festival in Miami as well as a one off event collaboration with CoverGirl and DJ duo Nervo at The SLS Hotel in Miami.